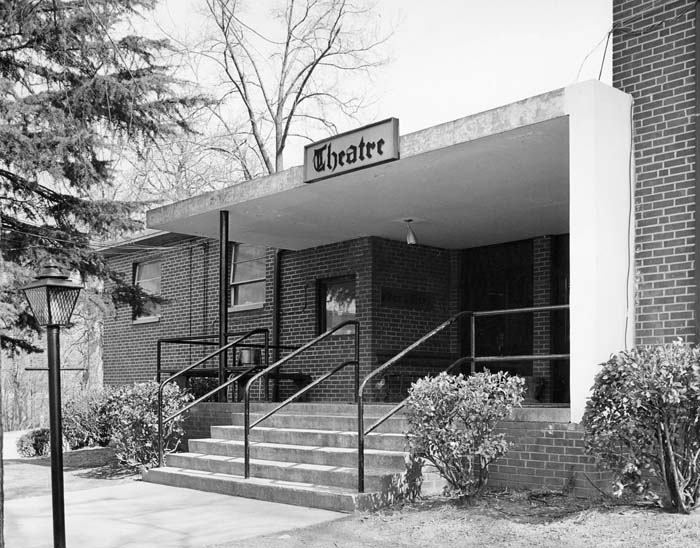 Can you guess where this is?

The former Gray High School gymnasium provided the venue for the earliest drama and dance performances by NCSA’s premier young thespians and dancers. Retrofitted as a black box theatre in the first year of the school, the site remains today, hidden deep within the Workplace design.

“Café Goldoni” and “Everyman” were the first productions held in the theatre on March 13, 1966. “Café Goldoni” was written by and both plays were directed by guest artist, Hugh Miller, former Director for many years of the Royal Academy of Dramatic Art (RADA) in London. He was recruited to introduce the students to the highly specialized technique of verse drama and the acting styles of the English stage.

After further renovations, the Trustees voted to name the theatre the Agnes deMille Theatre in April, 1973 in honor of one of the earliest proponents and advisors to the fledgling school.  The dedication of the newly updated theatre was held on February 7, 1975. Today, deMille is used primarily as a venue for Dance performances.

Turn around beside the light pole in the photo above and, Voila!  the view of the old Gray High School from the entrance to the Theatre. 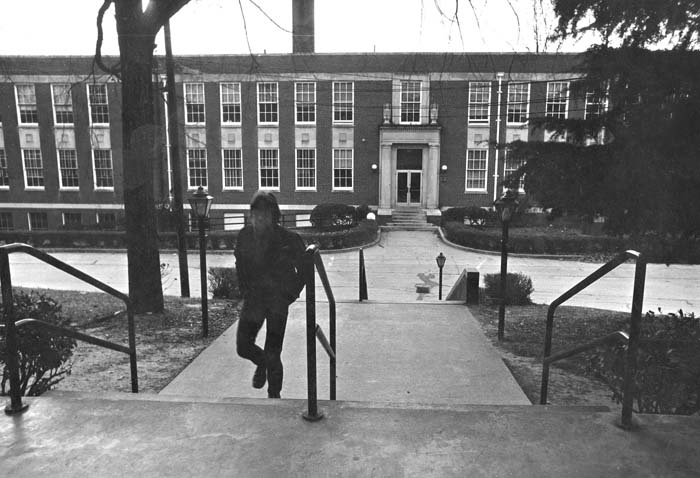 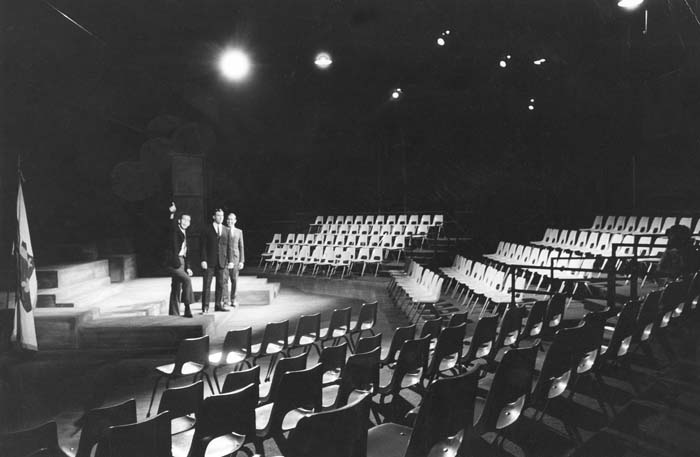