The Music Playing in my Head

Some things are timeless and music is one of them. While reading through the old student newspaper, N.C. Essay, (1966–1975), one of our volunteers came across an article written in 1970 by Michael J. Ferguson, a high school Visual Arts senior. The subject of the article was a young folk singer and composer from Chapel Hill, James Taylor. The article, a review of Taylor’s first album, James Taylor, 1969, echoes the spirit of the late ‘60s. It is a delightful read after all of 44 years and of special interest since James Taylor, who has become a beloved icon in American folk music, was recently chosen to perform “America the Beautiful” at President Barack Obama’s second Inauguration ceremony this week. 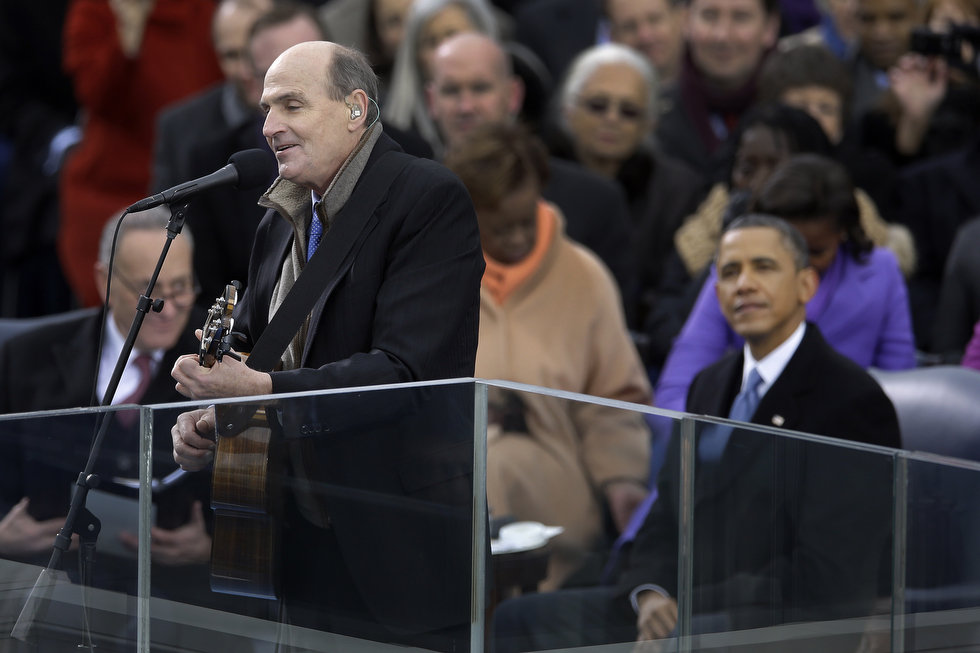 (Image courtesy of the Associated Press.)